This week my friend Pat sent me a birthday gift (I love it when my birthday goes on and on like that). The box was stout and heavy and wrapped in black and red paper. Inside I found a real mortar and pestle, a set like Pat’s that I’ve been eyeing for several years. With his, he grinds salt into powder in a way I can’t manage with my trusty miniature one.

I haven’t used it yet because it’s new and there’s something about receiving a beautiful thing that makes me delay gratification. I look at the creamy bowl every day (mine doesn’t yet have a home on a high shelf like Jane Kramer’s does) and think about how much I’d like to make pesto in it by hand. It’s part planning and  part anticipation, sure, but I’m also intentionally waiting so I can enjoy its presence as a new presence for a little longer. Once I crush the first clove of garlic or pulverize some peppercorns in it, my relationship with this object will change. 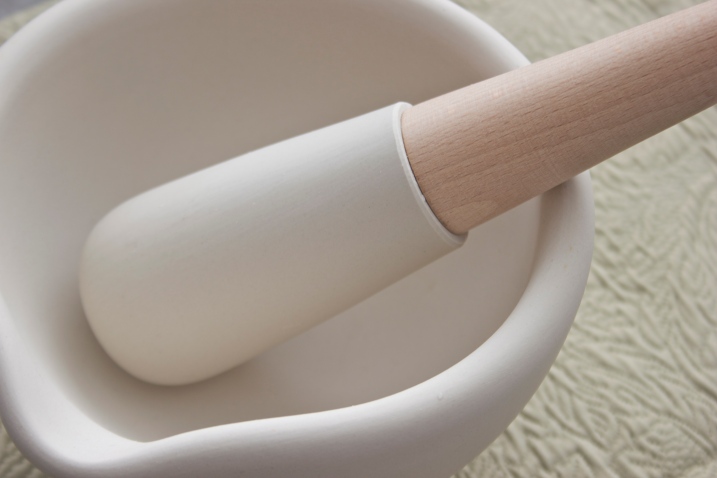 Much of the time I live, as we all do, in floaty, in-between spaces like these, waiting for the transition. A space between no and yes – or yes and no – can act as an indicator needle on a relational continuum, give heft and lift to a learning curve or simply help me ask, “Now, then. Where are we?”

Maybe I’m wrapped in a pause like this one, before a static item becomes a working one. Or I’m in forced stasis, trying to ignore the cautiousness creeping into my contentment. Or I could be taking a hands-on-hips exploratory pause, sizing up someone I’ve met but don’t know quite yet.

It’s like the coconut peanut sauce I made this week. I sautéed shallots until they were browning and added garlic. Then in went coconut milk, two heaping soup spoons of peanut butter, salt, pepper, tomato paste. At the end, a half a bunch of cilantro. What excited me in the pan became dull on quinoa, though, and I spent the meal internally shrugging. When I cleaned up, I scraped the last two tablespoons into a small glass jar.

An overnight intermission helped and today, hungry but short on time, I reheated a piece of rock fish in a cast iron skillet, removed it to a plate and heated my sauce in the same pan. The heat forced the coconut solids to separate a bit and released the scents of peanuts and coriander.

The sauce clung to the slick fish, counterbalanced the browned and crispy edges. What was gloppy became creamy; muddled was suddenly bright. Maybe it too needed time to sit and wait overnight, time for the flavors to meld. Or maybe it was context. In this case, that seemed to be enough. 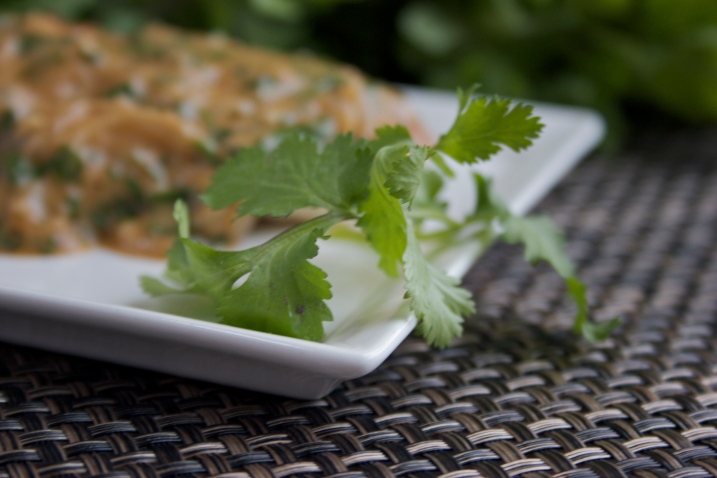