Back in the spring, Chie and I planned our blogging menu for the next five months. As the weeks ticked by we patted ourselves on the back – we had estimated the arrival of seasonal produce pretty dang well. Even strawberries: they were so late this year, there’s no reason a July fourth post should have hit the nail on the head. Lucky.

Until we got to Brussels sprouts. They were still being trucked in from California in late September when we thought we’d be roasting them up. Whoops. So, a note to my Northwest self: Brussels sprouts are grown locally, but they don’t show up until that last surprise warm spell has long passed and everyone has finally put away the camping gear and dug up the green tomatoes. Not until then. 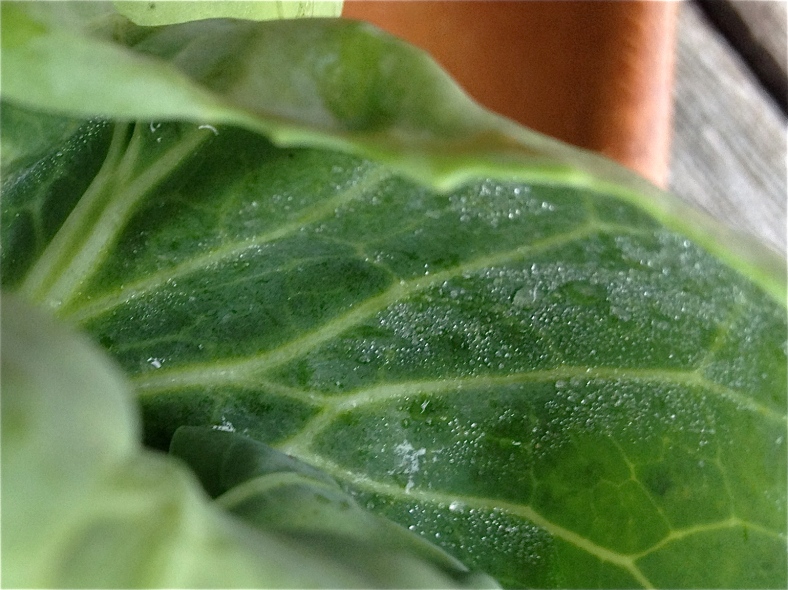 This is a lucky thing because the Brussels sprout happily mingles with the harvest festival kinds of foods that also benefit from a solid frost, such as squash and root veggies. It’s nice to have something to throw in the mix that falls between summer’s tender, wilty greens and fall’s onslaught of hardheaded cabbages. Indeed, the Brussels sprout is a semi-storage vegetable, lasting close to two weeks in the refrigerator (mine did) and up to five weeks at colder temperatures. And they’re easy to prepare. After a quick rinse, remove any yellowing leaves, slice off the end, halve them and, presto! Searable mini cabbages.

The Brussels sprout is a bit of an outsider, and not only because historians aren’t sure of its place of origin. Most domestically grown Brussels sprouts, over 80%, end up frozen and those that don’t are cooked until they’re mushy, gray and filling your house with a bitter stench.

At least, that used to be the story. Now most of us know to steam or sauté our vegetables until “tender-crisp.” That’s just how you want to cook up your Brussels sprouts: until their leaves brighten to the green of a shamrock on a St. Patty’s Day card and the edges are a tempting caramel color. Add some good salt. Don’t leave them in the pan. Eat while they’re still steaming. 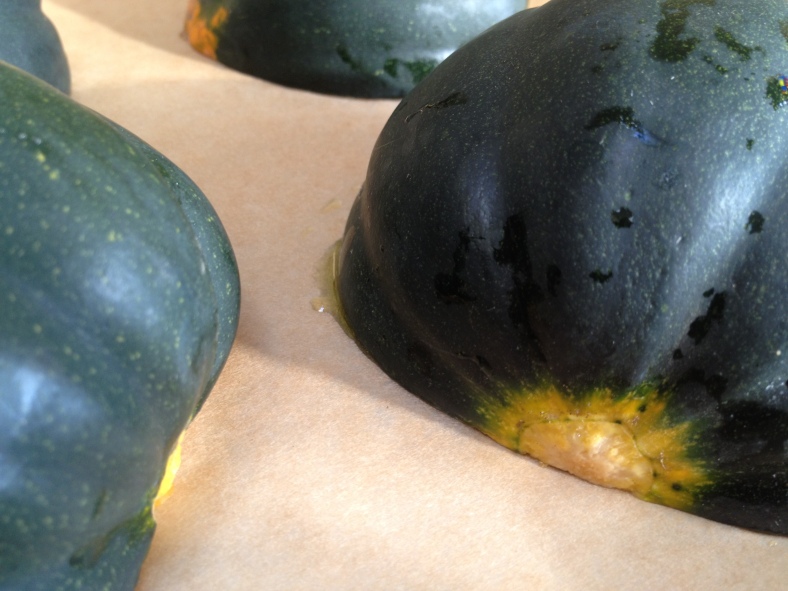 While the squash is in the oven, trim away the bottoms of the Brussels sprouts and cut into quarters.

Heat the oil over medium-high in a heavy pot. Add the Brussels sprouts. Cook, stirring often or tossing in the pan, until just tender and the edges are seared, about five minutes. Add salt to taste. Stir in the scallions and garlic and toss together for a few minutes until fragrant.* Stir in the squash. Cook, stirring often, until the squash has caramelized lightly, about 10 minutes. It’s fine if the squash falls apart in the pan. 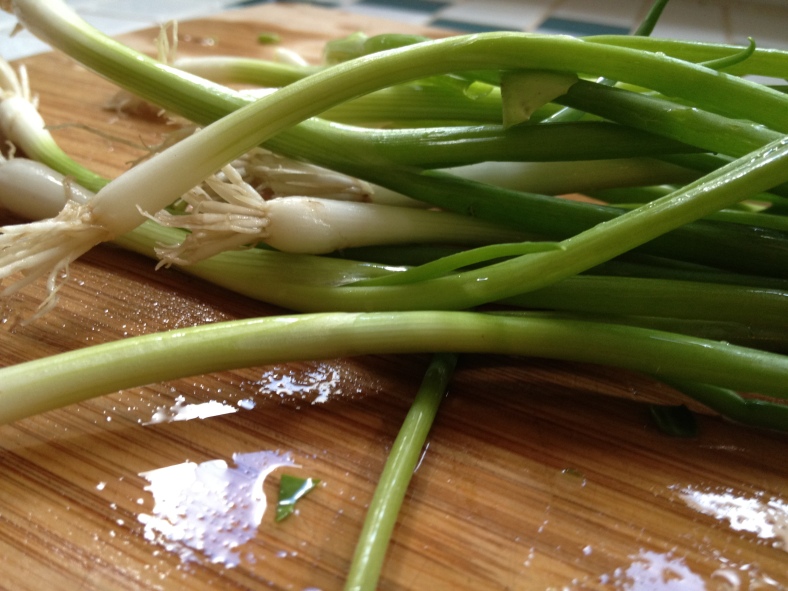 Season to taste with salt and pepper, and stir in the dissolved tomato paste. Cook another five minutes. Stir in the black rice. Heat through, taste and adjust seasonings, and serve, topped with a poached egg if desired.

*I appreciate the attempt to make this a one-pot meal. As a parent who has cleaned up on many a late night after a day of cooking, writing and ignoring the breakfast dishes, I really do. But in this case, I’d advise separate powder rooms. Cook the sprouts first, until they’re electric green, then add the scallions and garlic for another half a minute or so. Turn the heat off or move the mixture to a bowl. In a separate pan (or the same one, if you took the time to remove the sprouts) cook the diced squash until caramelized then add tomato paste and black rice. Add the sprouts back in just to heat through and adjust the seasonings. That’s much better. And prettier, too.

Note: To cook black rice, combine 1 part rice with 1¾ parts water and salt to taste in a saucepan. Bring to a boil, cover and reduce the heat. Simmer 30 minutes until the water has been absorbed. Remove the lid, place a dish towel over the pot, return the lid and let stand 10 minutes. A cup of dry rice will yield 3 cups of cooked rice.