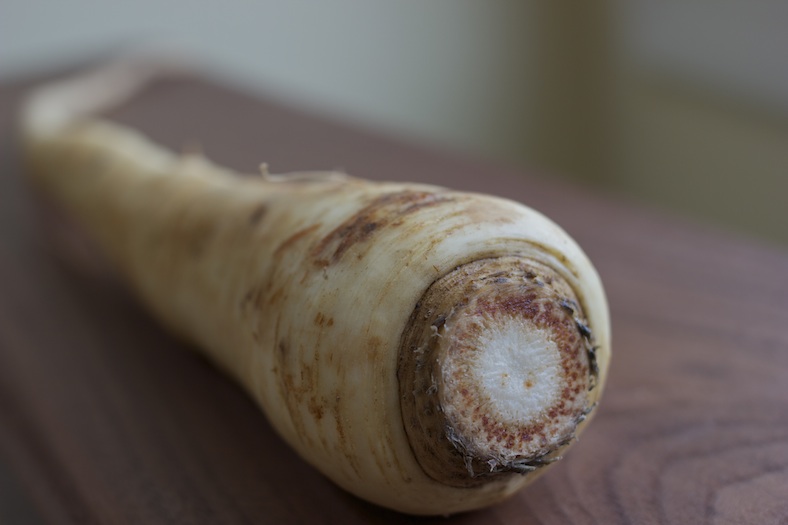 I turned to the kids before they opened the car doors yesterday, just before we walked into the school.

“Hey, neither one of you are performing at assembly today, are you?”

I never ask. Usually, assembly performances are group gigs announced weeks in advance. But an offhand comment my daughter made last week came to mind.

“Oh!” She had forgotten. Today, she would be reading her poem about fall.

She ran ahead as usual, through the double doors and out of sight. I walked my son to his classroom and kissed the top of his head goodbye.

My orange houndstooth jacket wouldn’t have been enough, even for the short walk to the cafeteria, so I was glad for the sweater that had felt too warm at home. Even inside, a friend and I hunched, as well as we could on folding chairs, sipping our hot coffee and tea.

My daughter put her favorite image into the first line of her poem and when she read it into the microphone, I pictured the maples the two of us talked about on a walk. She had pointed out that the twigs at the top were already bare. I hadn’t noticed it before. The fullness and redness of the leaves beneath camouflaged them, like red lipstick might draw the eye away from a lined forehead.

Later that night, we unpacked our final box of the season. It was a peculiar mix of vegetables and greens, a reprise of radishes, lettuce, and fresh herbs combined with late-season produce: potatoes, leeks, garlic, parsnip, cabbage, and a blue hokkaido pumpkin.

Yesterday I pulled out two of the smallest yellow finns, the ones that would fit in the feeder of the food processor, and the parsnip. The latter tapered to a spindly end, so I used only the top portion. The better to dip. I ran the potatoes and parsnip through the food processor’s slicing blade and coated the discs in olive oil and salt.

While they roasted, I made a dip of the cashew cream I’ve had it on hand for a couple of weeks. We made some for the green gazpacho recipe from Plenty, and again for last week’s carrot soup. Leftover cashew cream stands in for sour cream, yogurt, or mayonnaise so in goes the rest of it – into a small bowl and flung together with lemon, fennel, garlic.

For the lemon-fennel dip, combine ½ cup cashew cream with 2 tablespoons lemon juice, one minced clove of garlic, a pinch of Celtic sea salt, and two teaspoons of chopped fennel fronds. Coat thin slices of potatoes, parsnips, or other roots with olive oil, rubbing the oil over all surfaces. Sprinkle with salt and bake at 400°. Check often and turn when they are golden brown. If you have an oven like mine, they won’t cook evenly. Some will be crunchier than others, but all will be enjoyable. 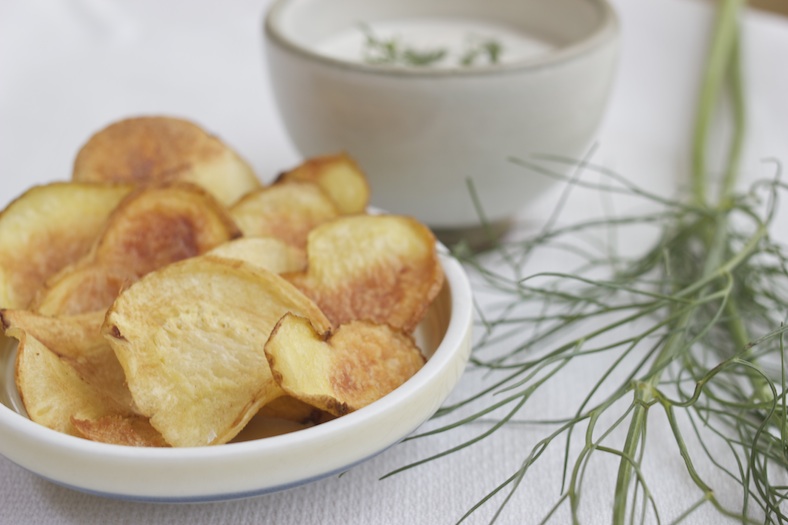