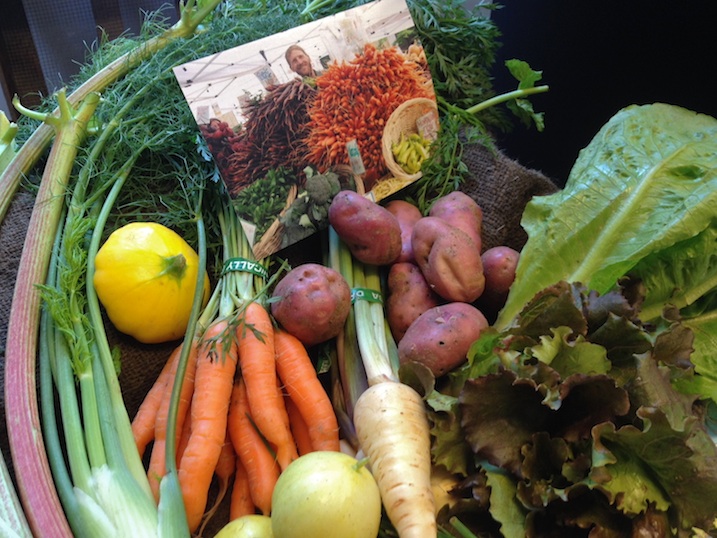 If you didn’t know already, the International Food Blogger Conference is the place to go for swag. Sponsors are around every corner so there’s always a new energy bar, cold-pressed juice or artisan marshmallow under your nose. It’s definitely not a bad thing.

I appreciated how many of the products were of the non-GMO/fair trade/organic stripe and that there were even a few bits of produce floating around. Finger limes were the biggest sensation, tiny cucumber-looking fruits with lime beads inside that you squeeze out; it looks like caviar. I also got to munch on some miniature carrots from Oxbow Farm (that’s their produce, pictured above), a fun thing after reading Edible Seattle’s profile of them in the spring.

But the best swag came in a plastic bag from my friend, Janelle. They were multicolored heirloom tomatoes and I babied them on the train ride home. 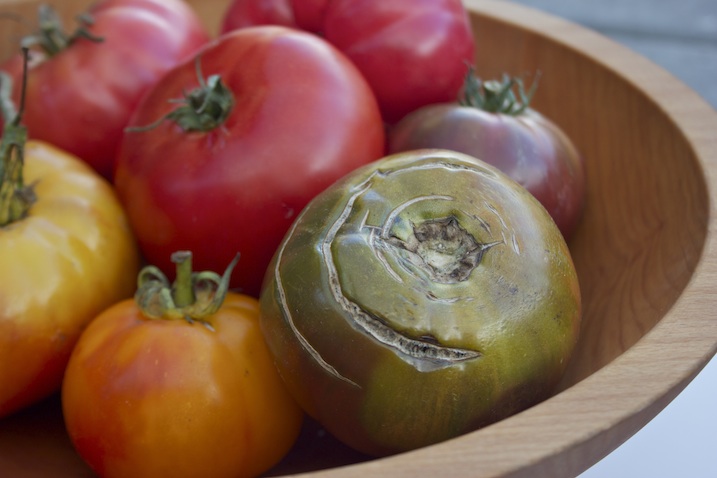 Janelle has farm connections, not only because she has a Master Certificate in Preservation (among other talents) and has a fantastic truck, but because she just launched Farmstr, an online marketplace for the direct sale of produce, meat, and eggs to private consumers (that’s you and me).

“Think: now we can find our own farmers and buy direct, not being limited to the few who can make weekly farmers markets,” she says.

I know this is an issue for farmers. They work such long hours that they don’t have time to promote themselves and many end up swimming against a stream of larger or more monied farms who can afford a stall at the farmers’ market. Janelle is searching for a way to connect farmers with people who want their good eggs, their consciously raised pork, their organic sweet corn. 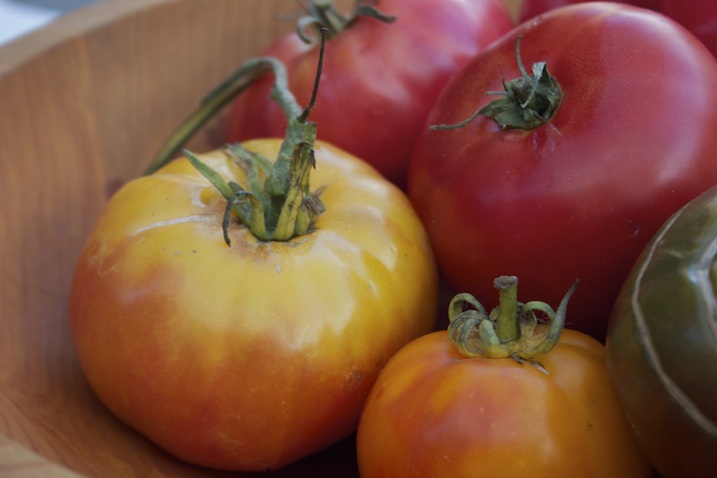 The tomatoes I brought home were grown by Vince at Valley View Farm in Zillah, WA. The farm is primarily a pear orchard and I’m told he’ll be offering pears and tomatoes again on Farmstr in the next few days.

It sure tasted that way. I don’t think we’ll make an equal to this roasted ratatouille until we can bring home more of Vince’s tomatoes.

Visit Farmstr here. (And if you’d like to split a box of pickling cucumbers, let me know.) 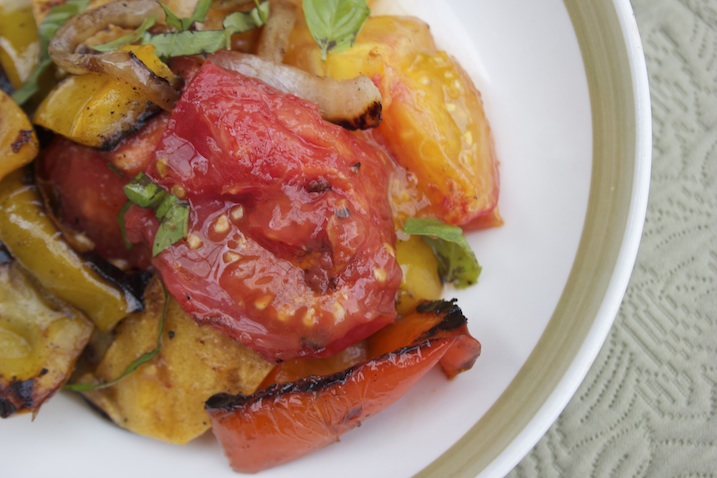 This post is the second in a series, an agreement between bloggers attending the International Food Blogger Conference and the sponsors of the event, Foodista and Zephyr Adventures. In exchange for a reduced conference fee, each participant agrees to write three posts about the conference. I’ve determined the content of these posts and have received no compensation for product mentions or links.

5 thoughts on “The best swag at IFBC”