Some mornings go like one of ours did earlier this week. The kids were, over their Dutch Baby pancakes, trying to outdo the kindnesses of the other:

“You are worth twelvefinity quarters,” my son said to his sister.

“You are worth two infinity galaxies,” she said back, “no one could ever buy you.”

When I returned home from school drop-offs, the sun was shining and snowflakes were falling even though above the place where I was standing, the sky was a patchy blue. Now where does a precipitation like that come from? And what about good moods, the good-natured banter at the breakfast table?

“Maybe you’ll understand where an inclination comes from,” a therapist once told me, “and maybe you won’t.” The intention of a thing may stay hidden. Live into it anyway, she said, even if you don’t understand. A good thing to keep in mind for a spring that’s weirdly wintry one day and dew-sparkled the next.

Something spontaneously good may worm its way forward and that’s when you snatch it up. That’s what happened at Olympia Seafood last week. I went in to get last week’s smoked salmon and came out with something else besides. Something slightly intimidating: mussels and clams. I’d never made shellfish before. But Tony, the owner, told me these were collected that very morning at Totten Inlet. This was not a moment to resist.

So I didn’t know what I was doing. But the recipe he gave me sounded so easy, I thought I couldn’t mess it up.

But there’s a learning curve, always, right? As far as I understood, I was to combine some wine and chopped garlic in a pan, put the shellfish in a steamer, bring it to a boil, cover and wait seven minutes. Easy.

I didn’t have the spinach and tomatoes he told me he throws in for the last few minutes so I used what I had on hand. Three heads of baby bok choy and, incredibly, the last half a delicata squash from last season’s CSA box. I threw in the delicata first, figuring I’d let it steam a bit, then finish by sautéing while the shellfish were steaming.

Here’s where it went wrong, I think: Tony must have a closed steaming system. Since I don’t (I used a colander atop a soup pot, which left a sizable gap around the rim) my wine boiled away in no time and though the squash weren’t enveloped in smoke, the bottom of the pan was black. 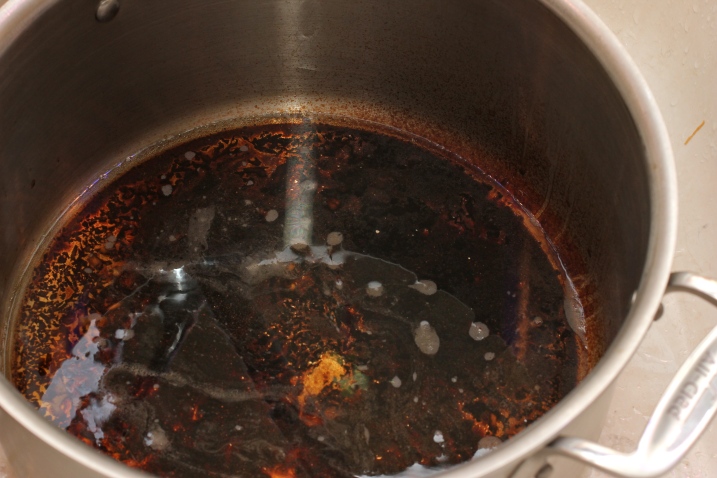 Ah, well. I scrubbed the pot, dumped the semi-steamed squash into a skillet and started again. With the addition of water, the shellfish steamed just fine, though seven minutes wasn’t nearly long enough (that gap again). Having to pluck up the not-done-yet mussels and clams from under the noses of our friends at the dinner table was a bit of a bummer, but after an additional 10 minutes or so, some of the shells started to open up.

Chie told me later that a good rule of thumb for steaming shellfish is to take them off the stove when about a third of them have opened up wide. Now I’ll know for next time. And if you’re a newbie to cooking shellfish like I am, you should also know that it’s okay to eat the ones that have popped open slightly, but not the ones that stay closed tight. Don’t pry them open. Toss them.

The broth was, sopped up with baguette slices from The Bread Peddler, flavorful and garlicky; the color of the bok choy (sautéed and steamed with the squash) stained-glass-pretty against the tan and black shells.

baguette or other loaf of crusty bread 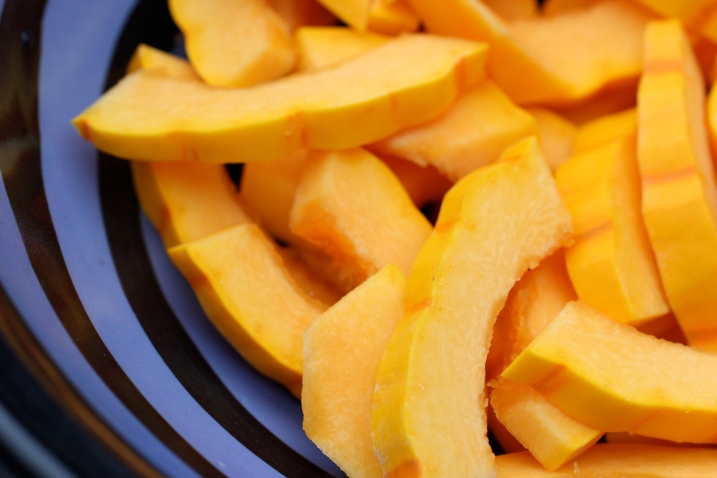 Rinse shellfish to remove any grit and place in a colander or steamer. Set aside.

Combine water, wine and garlic in a saucepan large enough to accommodate your colander or steamer. Place colander in the pan, cover and bring to a boil. Reduce heat and steam until about one-third of the shellfish have opened wide. Remove from heat and keep covered.

While the shellfish are steaming, slice the baguette and set aside. Sauté the delicata in one tablespoon of olive oil until al dente. Add the baby bok choy and cook for several minutes, until they turn bright green. Add a splash of water and cover to steam them along until the squash is cooked to your liking.

When the vegetables are done, place them into a baking dish and cover with remaining broth. Arrange shellfish on top and tuck baguette slices in among them – they’ll soak up some of the broth as you’re gathering around the table. 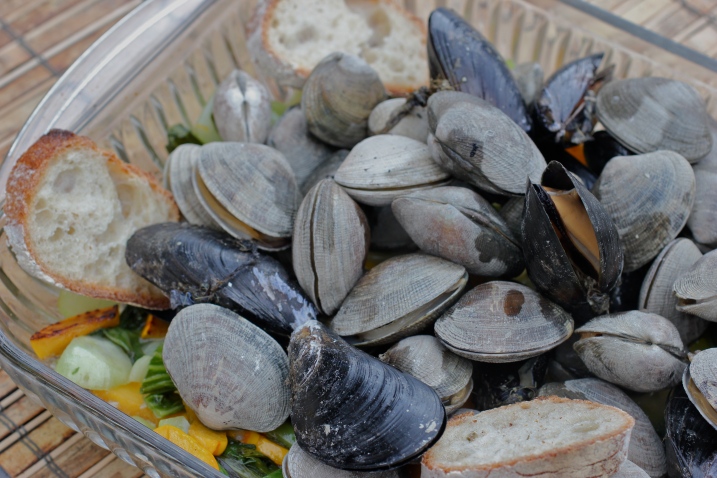