My rhubarb memories center around a table in a red farmhouse outside Columbus, Ohio. That was where I had my first slice of homemade rhubarb pie. And this was a house known for its pie. A pie chart was taped to the back of the kitchen door – a literal one, listing the family’s favorite pies and their votes, tallied up with hatch marks.

In this same house I obtained a small stack of recipes one day when I asked how I could use the rhubarb weighing down a sack I had filled from their many rhubarb plants. Using a steak knife from the kitchen drawer I sliced the stalks close to the ground, like my friend showed me, and sawed off the enormous leaves.

Not having grown up with a garden, everything on that property seemed magical to me. Rhubarb still does. Maybe because it’s still a seasonal food, one I almost always get from friends and never see in the produce aisle during the off-season. There’s the pleasing tartness that’s only just tempered when you add something sweet. And stalks that are the red and green of a marquee sign.

But before we dive in too far, let me share pictures from another magical garden I visited with my daughter’s class yesterday. Indulge me – it’s spring! 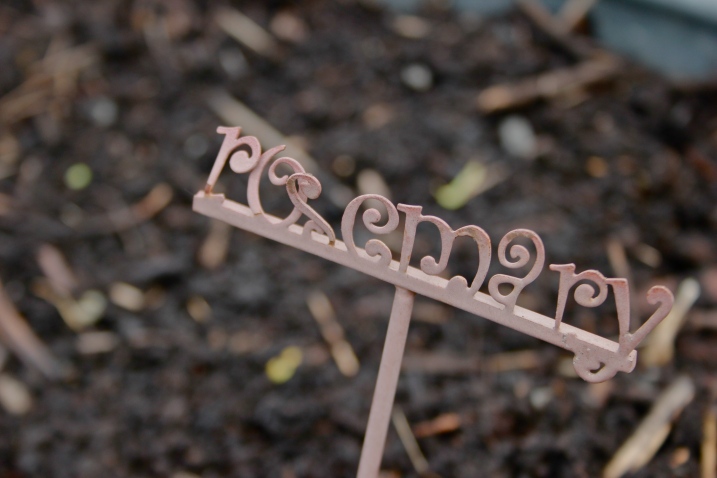 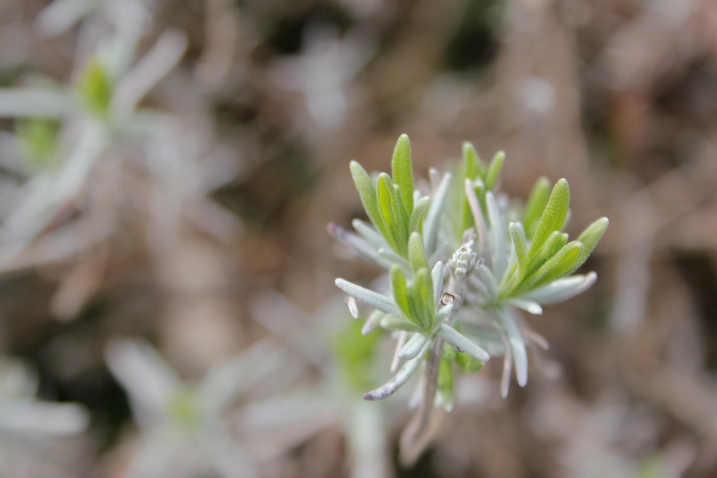 So, then. This compote was simple, simple to make. I opted enthusiastically for the orange zest (cara cara). But the best part was the vanilla bean. I feel a little sheepish about this, but yesterday was the first time I’d ever split one open myself. I didn’t realize this because how many times have I read that you’re supposed to split the vanilla bean in half lengthwise and scrape out the seeds with the back of a knife?  But yesterday I was surprised to see a black paste when I was expecting something like immature peas. Now, just like the time when the re-upholsterer pointed out how much better feather pillows are than synthetic ones, I feel like I can’t go back. The vanilla flavor is matchless and it speckles the tart pink compote with tiny black dots. 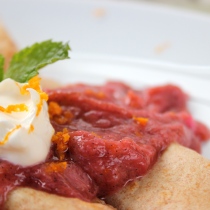 Rhubarb is really a vegetable, although I’ve always used it as if it were a
fruit. One summer I was caring for a friend’s garden full of rhubarb,
strawberries, peas and greens. That was the first time that I’d thought to use
rhubarb. I thought I’d try out a simple cobbler – a strawberry rhubarb cobbler.
Boy, it was so fragrant, sweet and tart. I wanted to try out more things and
since then I’ve made compote and ice cream. This compote can be eaten just
like it is, in plain yogurt, as a crepe filling, on ice cream or on chicken and white
fish.  Just last week The Olympia Food Co-op received the first local delivery
from Pigman’s this year. The season of abundance is just around the corner.

Place the rhubarb, honey and salt in a medium pan. Let it sit for 30 minutes
to let the juices come out. It will cook down to the consistency of applesauce.

Cut the vanilla bean in half lengthwise and scrape out the seeds with the back
of the knife. Add the pod and seeds to the pot along with the orange zest.
Bring it to a boil, then turn down and simmer for 12 minutes or until tender.

If using vanilla extract, add at this time. Cool in the pot and adjust taste as desired.
The compote will thicken as it cools.

I like to eat it cooled to enjoy the full flavor of the rhubarb. Store for up to 2 days
in the refrigerator. Enjoy!

Strawberry Rhubarb Compote
Add 1-2 cups chopped fresh strawberries when bringing to a boil. Follow the
rest of the recipe. Adjust the amount of strawberries depending on much
berry flavor you’d like.

Rhubarb Citrus Compote
Add navel orange or grapefruit: 1 T zest and flesh of 3 oranges or segments
from 1 grapefruit (without the pith, which will make it bitter). Add citrus after
the rhubarb has simmered for 5 minutes and just started to soften.

Both variations will be more liquidy than the straight rhubarb.