When he got home on Monday, Brian asked me if I’d used the special tools – utility pry bars, they’re called – that he purchased especially for removing tack strips.

No. I’d jimmied them free with the claw end of a hammer, a flat head screwdriver, pliers, and a putty knife, loosening the ends then cracking them at the point where the nails secured them to the floor. Dirty work, sitting in the dust and loose debris that fell from the carpet and pad after I ripped them from the floor of the closet. I never poked a finger, but twice (I shouldn’t admit this) the end of a strip popped up with such force, a piece, studded with its mean little wrong-way tacks, glanced off the edge of my glasses.

Three years ago, we tore up the blue-and-red plaid carpet in the rest of the room. The flooring beneath it is golden oak and scarless. Rather than long planks of wood pressed together, they are shorter lengths, offset. From a bird’s-eye view, it looks like someone laid down long brown bricks. 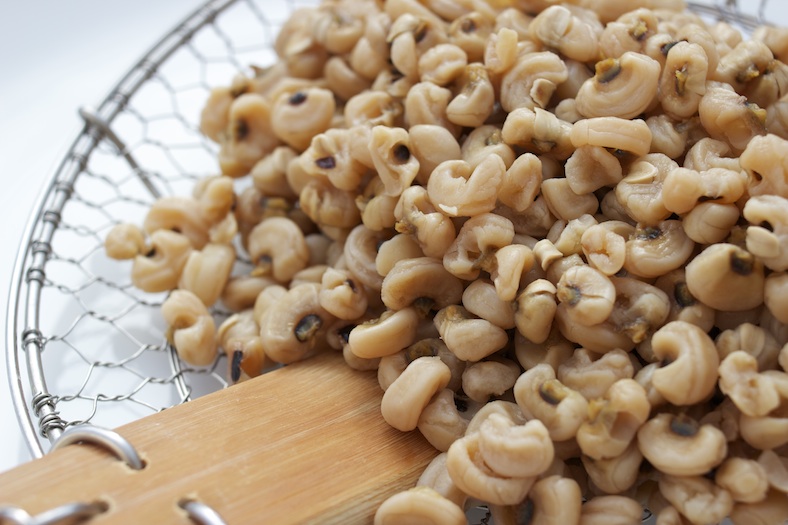 It took this long to finish the job because the closet contained a filing cabinet, almost the width of the closet door. I emptied the files last month and paid my kids a dollar apiece to run grad school coursework and records from extinct bank accounts through the shredder.

Kate Christensen says she realized a few weeks ago that all her resolutions, all her intentions, don’t need to happen at once. The two women who have helped me organize my house have said the same thing. Getting organized, or nailing your goals, is not a one-episode fix. In our house, neither is pulling carpet.

I suppose it took me this long to pick up a package of hominy for a similar reason. We can’t eat everything at once.

I soaked half the bag and found this recipe from Heidi Swanson. The posole simmered all day; the sauce came together in minutes. We topped it with the bits from the bottom of a bag of tortilla chips, parsley, and local feta. 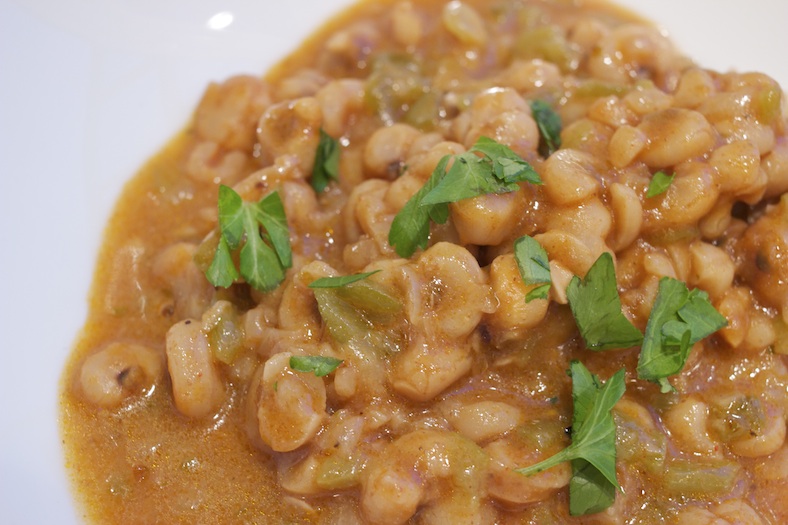 2 thoughts on “It took this long”

Dish for the #slowfoodgreaterolympia annual meeting. Pumpkin, apple, grapes, rosemary. 🐌
A reflective way to start the new year. 💙
Christmas with my sweeties. ❤️
Nadia is 16 today. We both woke up early and, realizing we didn’t have any eggs for the crepe batter, decided to make an early grocery run and a coffee stop at Dutch Bros. because they give you a free coffee for your birthday. She drove. I could not be more proud of or amazed by her. Her compassion runs deep. She’s a good friend with a big laugh and has a soft spot for young kids and all the furry animals. She’s also a matchless encourager and has an effortless sense of style. Could not love her more or wish her more wonderful things. Happiest of birthdays, sweetie! 💖 @na.dia.c Photos: - Last night’s gelato run - This morning’s drive - This summer, in Portland
It was so lovely to meet and spend time with @hopehickli of @slowfoodcanada Thank you for stopping by Olympia and for the cool work you’re doing to strengthen good food work in Canada!
The best table at Din Tai Fung. A good day for soup dumplings with my girl. 🥟 @na.dia.c