Tropical storm Flossie hit Maui the day my husband and I were planning a drive to Upcountry for a tour and farm-to-table lunch at O’o Farm. We even bought a bottle of Tempranillo to accompany our meal.

It was supposed to have been a highlight. But since high winds act the brute when introduced to guests, no matter how politely they tuck their toes inside the wagon as the tractor totes them through stands of Kaffir lime trees or avocado groves, it’s prudent that the tour was canceled.

No matter that it was sensible to remove us from the dangers of possible flash floods and mudslides: the outcome poked a stick at my inner grouch. She stomped to the center ring for a good bit of the morning and sulked. “Stupid storm,” she grumped, as we prepared to host a (likely cold) dinner that evening.

But there are other attitudes, such as the one that finds it exciting to peek out the window at the whipping palms and gets in the spirit by taking a quick video of the historic winds.

My in-laws had to wade through several inches of rainwater in the courtyard to make it to our table, which we ended up covering with hot food after all, being spared the power outages that were blacking out portions of the island to the east.

We served pasta topped with sautéed island tomatoes and basil from the farmers’ market in Kihei, a simple dish that acted as both a mood adjuster and a cozy reminder that we were safe indoors – passing serving dishes, spearing green beans, dusting our plates with parmesan.

And, anyway, there was another last day. And another farm.

When we drove to the North Shore of Oahu the following week, the day before boarding the plane home, our first stop was Kahuku Farms. We arrived early and as we waited behind their storefront, a tidy operation nestled in a portable along Kamehameha Highway, we sucked at our pineapple-mango smoothies (included with the tour) and played with Frisbees and soccer balls on a lawn that borders a portion of the farm. 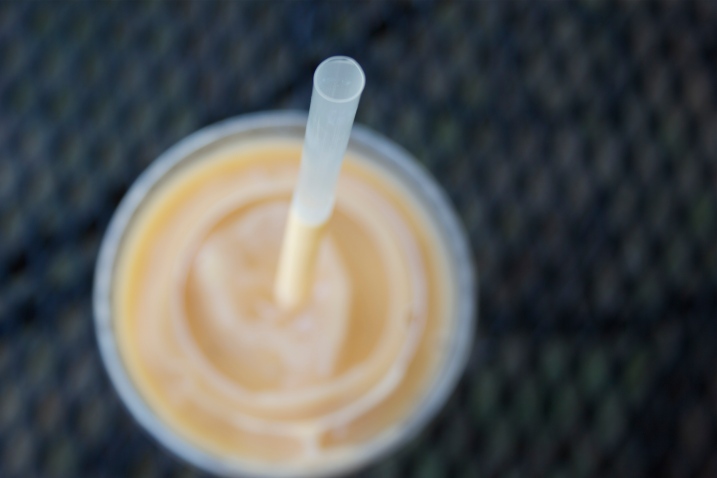 Judah put up umbrellas on the wagon to keep the sun off our shoulders and cupped a hand around his head mic to shield it from the wind. He carted us along behind the tractor, announcing each crop as we rode through eggplant fields and papaya groves and past hand-painted signs that indicated mango, sugar cane, avocado. He told us the farm generates all its own power. When we pulled up to the packing facility, I saw that the roof was covered with solar panels. 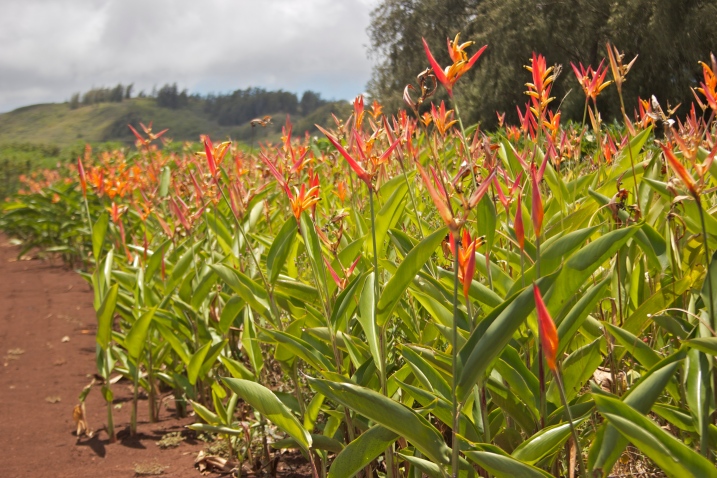 We ended the tour between rows of apple banana trees. The small bananas don’t travel well so they’re one of the few fruits grown on the islands that stay there. Sweeter and more conveniently sized than the fruits we’ve come to think of as typical bananas, we had been eating them throughout our two-week trip, mimicking our buying patterns at home.

Listening to Judah, we stopped to reconsider our banana habit. Did you know each tree only produces one glorious, giant bunch of bananas in its lifetime? And that it takes about 18 months for it to do so? During all that time, the tree will suck up water like a kid with a smoothie on a hot day. I left with the banana in a new mental category. This fruit ought to be prized, I thought. No banana should turn to brown mush while I, over a period of several days, consider and then discard the idea of making banana bread.

If you go to Oahu, Kahuku Farms is right where you’ll want to be – across the way from the North Shore’s celebrated shrimp trucks and near the most pristine beaches on the island. If you want to follow our loose itinerary, tour the farm, lunch there or grab some shrimp (though the cod my daughter ordered at Fumi’s was much better than my garlic shrimp), spend a few hours on the beach and end the day (though not too late) in Hale’iwa where you can pick up a souvenir (such as jewelry by this designer, or any number of talented others, at this shop).

One thought on “Oahu’s Kahuku Farms”