My mom’s house isn’t the house I grew up in. She sold that one over a decade ago when she moved into the city. There were memories – my memories – in the things that followed her and she replaced them so gradually that it still feels like I’m coming home to the two-story brown contemporary out in the suburbs.

When we lived there, mom occasionally swapped recipes with a neighbor. At least I’m assuming there were more than the one for seafood bisque, the one in water-pocked blue marker on a white index card, that was in our rotation for years. Awhile back I mentioned it to mom, since I hadn’t seen the recipe in so long. She laughed, “Yeah, I used to think that was so good!”

Nostalgia ignores the shifting sands of taste and trends. Of course those days were, in so many ways, the good days. Our dog, Alex, was tearing through the house, running the circuit: living room, foyer, kitchen, family room and up, off the back of the couch! We had a few neglected board games shoved in a cabinet beneath the turntable on which we played, without irony, The Andy Williams Christmas Album, A Star is Born, The Freewheelin’ Bob Dylan and my double-album compilation of Beatles love songs.

Though Dylan will never get old, I might torch all the candy canes the next time I hear “It’s the Most Wonderful Time of the Year,” though there was a time when that song made me run the loop in a craze like Alex. It meant candy and presents were around the corner, in the same way that, before my son went on a two-year Beatles binge, “The Long and Winding Road” tugged at something beneath the surface.

The old recipes have lost their appeal, too. Partly because condensed soups don’t count as an ingredient anymore. And partly because I’m on a long learning curve. A bisque, I eventually learned, should be made from butter and flour and cream, thickened with the steady back-and-forth-and-around of the whisk. Someday I’ll be able to make it with my eyes shut. Someday this will be the golden age, the days before I knew what I was doing.

For a long time, mom said that someday she would revamp the old garage out back. This year she paid to have it stripped down and built back out again. Now it’s a cottage, a music studio, a second living room that blends new objects with items that belonged to her parents, those that beg a visitation to her own childhood. 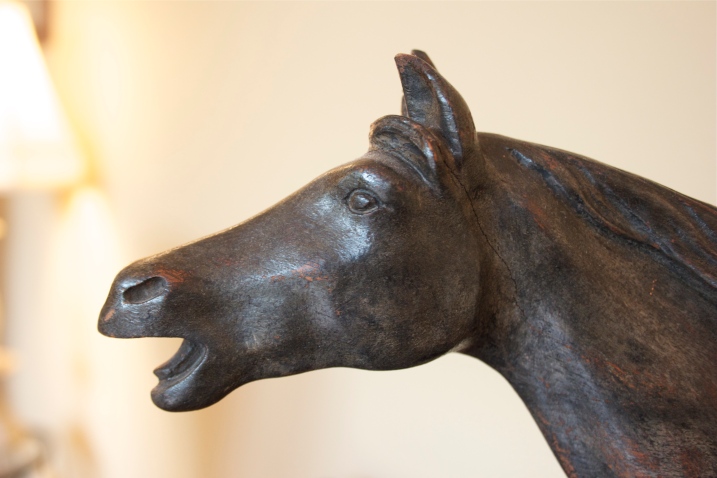 I wrote out there for the first time today, as the long afternoon light drew itself across the air like a backlit shower curtain. It made me want to stand back and hold my breath against any further shifting, to fix my grandmother’s glass grapes in my mind along with the smell of fresh paint.